Posted by Modjeska Playhouse on Monday, May 7, 2018 · Leave a Comment 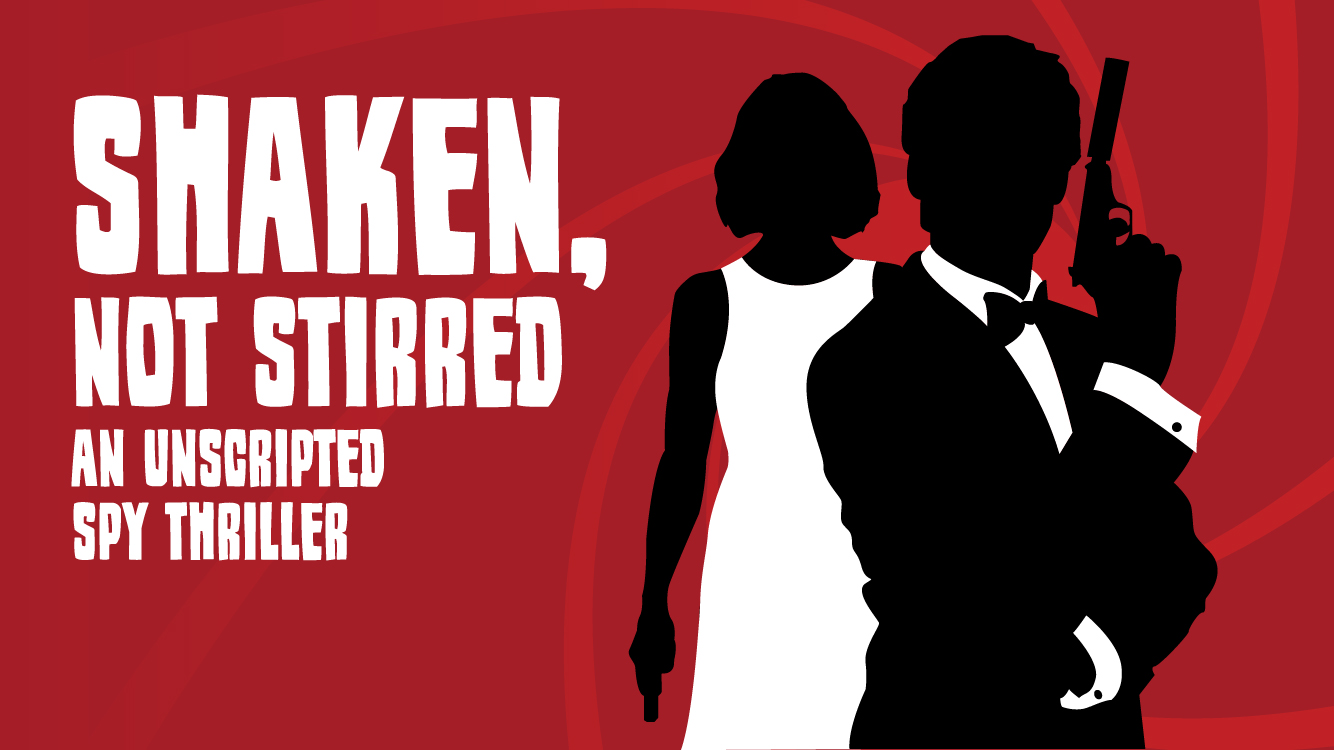 Martinis and laughs will be flying fast as Modjeska Unscripted Theater returns with an all-new production of completely improvised plays! SHAKEN, NOT STIRRED: AN UNSCRIPTED SPY THRILLER pays homage to all the dashing spies, femme fatales, and maniacal villains of your favorite spy movies and novels.

An evil villain with intent to commit the perfect crime? A daring super spy with ambitions to take over the world? A secret agent who infiltrates a rogue nation? Could these be the plots of MUT’s next great spy thriller? Even the cast won’t know until they’re creating it on the stage. Each play is performed only once and only for the audience who is lucky enough to see it.