Posted by Modjeska Playhouse on Thursday, September 14, 2017 · Leave a Comment 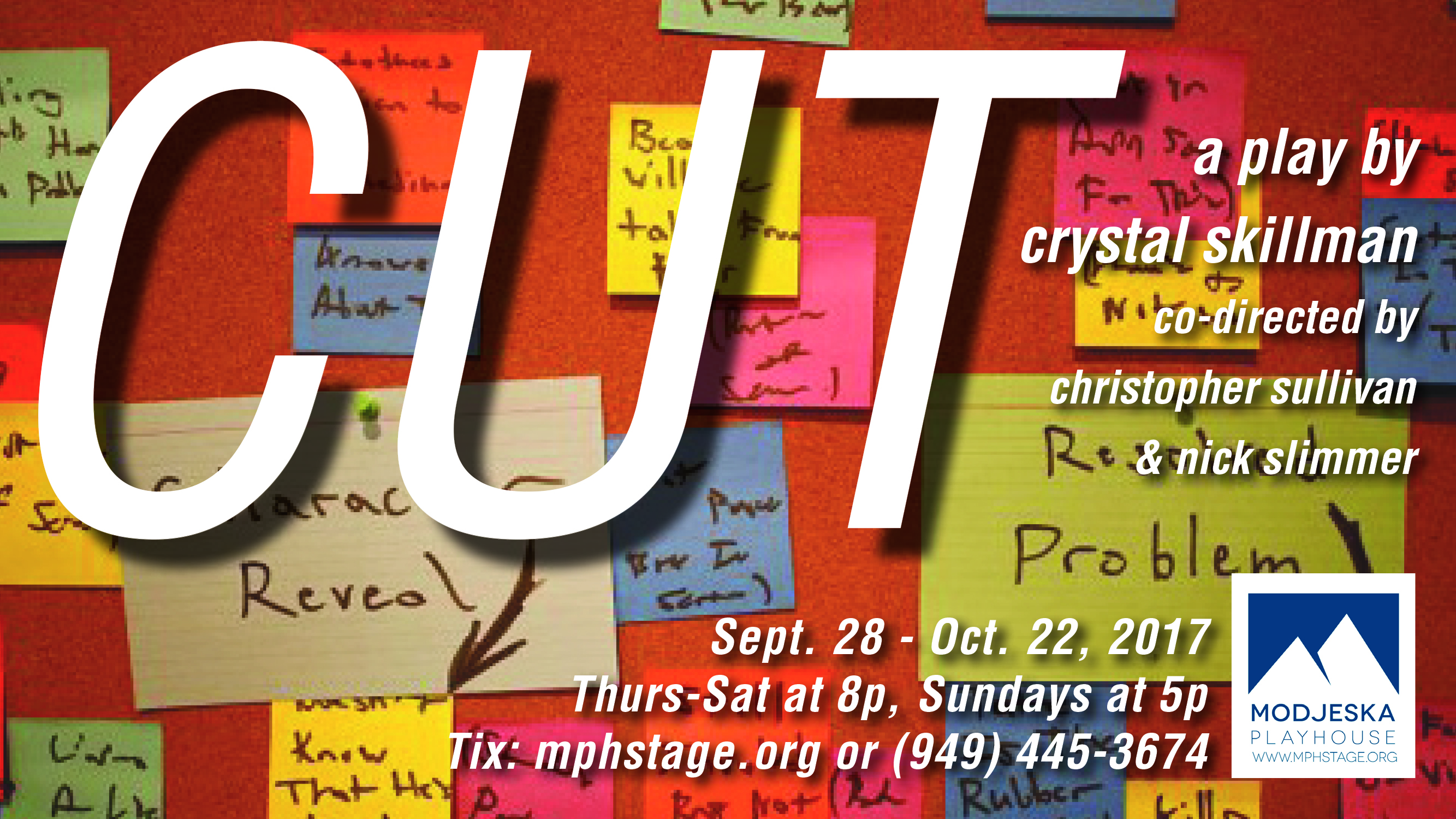 Modjeska Playhouse is pleased to announce the first show of our 2017-18 season: CUT by Crystal Skillman.

In this dark comedy, three reality television writers find themselves just as “desperate” as the housewives they are shooting! Danno, a stressed-out editor, harbors secret guilt for deserting his sick sister. Renee is in the midst of a divorce and at a turning point in her career. The overly ambitious Colette finds herself in a world of trouble when she guns for Renee’s job and Danno’s respect. Amongst the “Ladies of Malibu” show that they produce, the trio finds that it is much easier to yell “cut!” on set, rather than in one’s own life.