Posted by Modjeska Playhouse on Thursday, July 27, 2017 · Leave a Comment 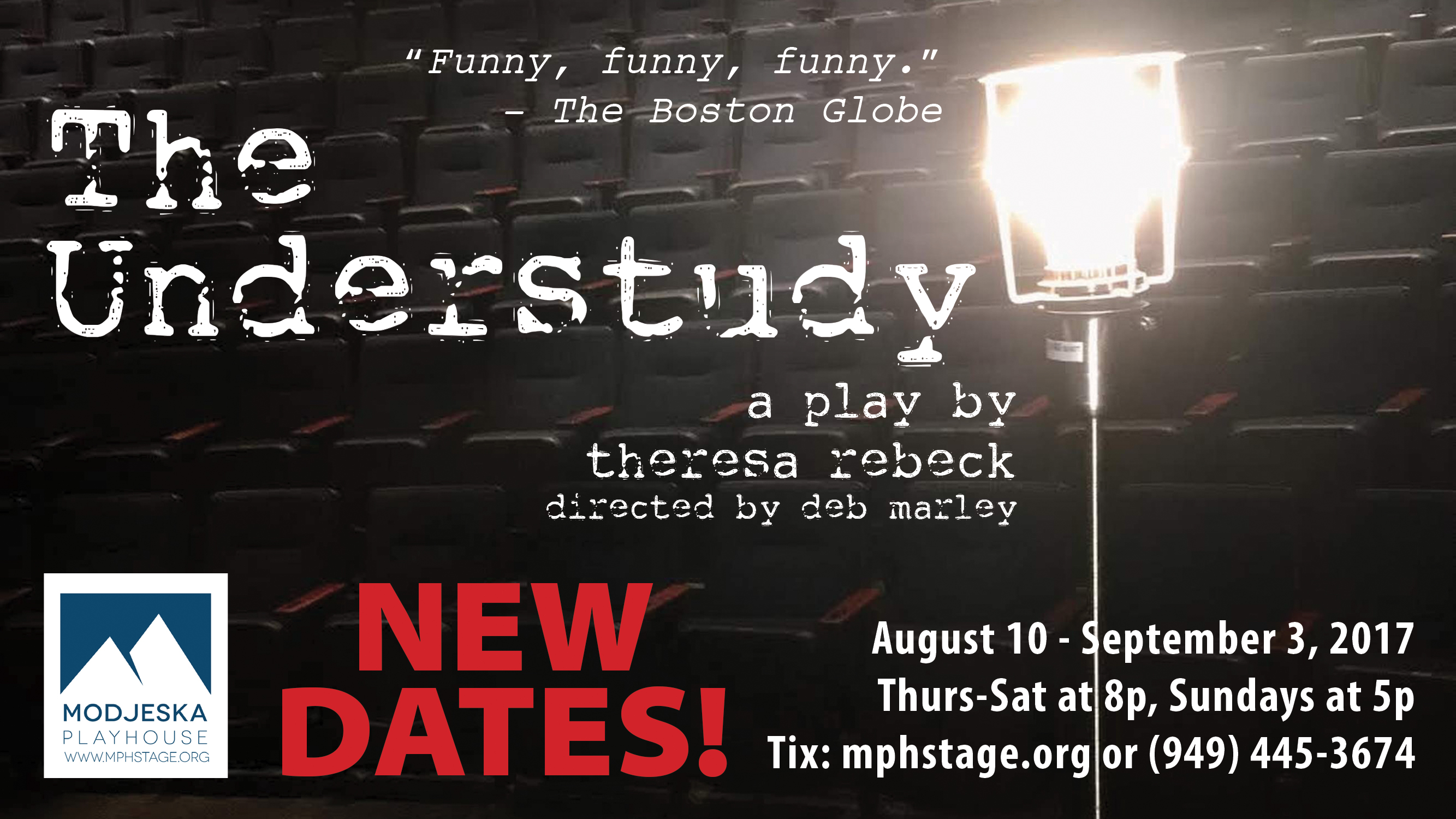 Due to circumstances beyond our control, we had to reschedule the performance dates for The Understudy. The show will now open on Friday, August 11 (with a $20 Preview Night on Thursday, August 10) and run for four-weeks, closing on Sunday, September 3.

A smash hit Off-Broadway, The Understudy is the hit comedy from Pulitzer Prize nominee Theresa Rebeck (Seminar, Bad Dates, Spike Heels, NBC’s Smash), one of the most produced female playwrights in America. When a smug Hollywood action star lands a prestigious role in Franz Kafka’s newly discovered play on Broadway, things couldn’t be better… until he meets his understudy. Can a love-sick, charmingly ditzy stage manager prevent a battle royale from developing between the two rival actors? Will the show go on? Spirited and laugh-out-loud funny, The Understudy places the backstage friction of a frenzied rehearsal center stage with vivacious satire and Kafkaesque theatrics.

THE UNDERSTUDY
a play by Theresa Rebeck
directed by Deb Marley