Posted by Modjeska Playhouse on Wednesday, September 21, 2016 · Leave a Comment 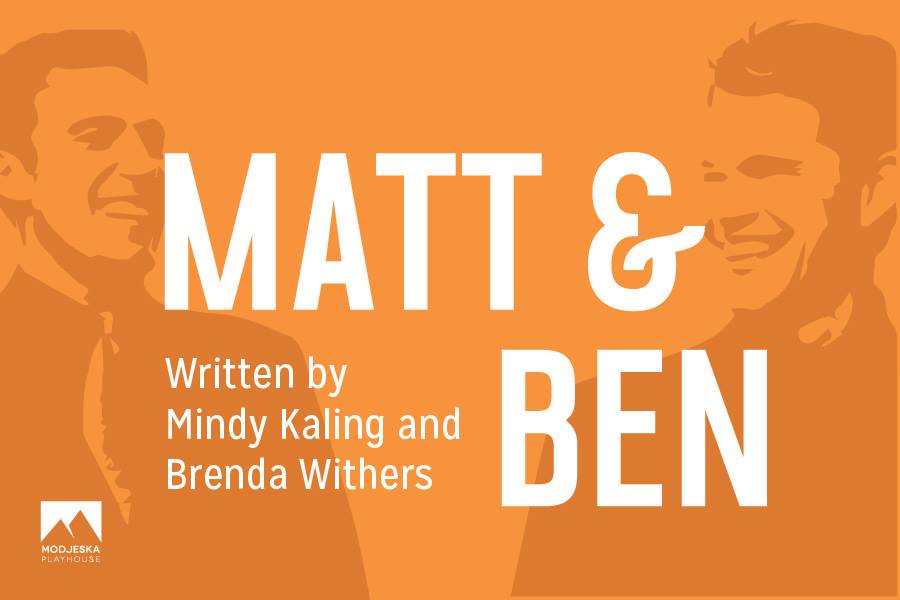 We’re excited to launch our third season next week with the hilarious comedy ‘Matt & Ben’ written by Mindy Kaling and Brenda Withers!

‘Matt & Ben,’ a biting Hollywood satire, depicts its Hollywood golden boys – before J-Lo, before Gwyneth, before Project Greenlight, before Oscar… before anyone actually gave a damn about them. When the screenplay for ‘Good Will Hunting’ drops mysteriously from the heavens, the boys realize they’re being tested by a Higher Power.

“The hottest ticket in town! A twisted tale about how Matt Damon and Ben Affleck wrote the Oscar-winning movie Good Will Hunting!” – US Weekly