Posted by Modjeska Playhouse on Monday, July 18, 2016 · Leave a Comment 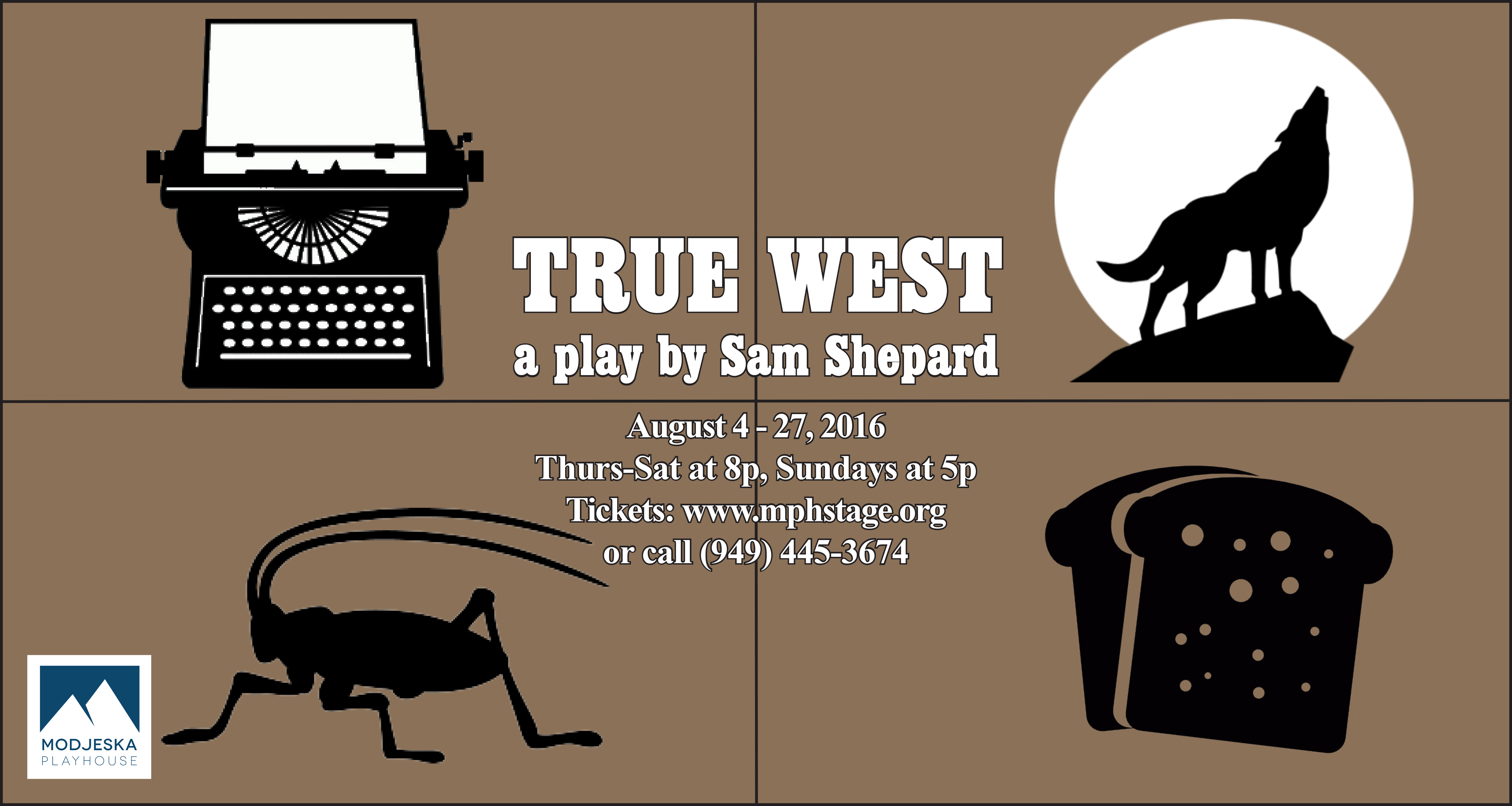 MPH brings the Sam Shepard classic True West to the stage this August!

Sam Shepard’s American classic explores alternatives that might spring from the demented terrain of the California landscape. Sons of a desert dwelling alcoholic and a suburban wanderer clash over a film script. Austin, the achiever, is working on a script he has sold to producer Saul Kimmer when Lee, a demented petty thief, drops in. He pitches his own idea for a movie to Kimmer, who then wants Austin to junk his bleak, modern love story and write Lee’s trashy Western tale.

The play was most recently revived on Broadway in 2000 at New York’s Circle in the Square, where Philip Seymour Hoffman and John C. Reilly alternated playing the roles of the brothers.

“Shepard’s masterwork…. It tells us a truth, as glimpsed by a 37 year old genius.” – New York Post

“It’s clear, funny, naturalistic. It’s also opaque, terrifying, surrealistic. If that sounds contradictory, you’re on to one aspect of Shepard’s winning genius; the ability to make you think you’re watching one thing while at the same time he’s presenting another.” – San Francisco Chronicle

True West premiered at the Magic Theatre in San Franciso on July 10, 1980.