Posted by Modjeska Playhouse on Friday, June 3, 2016 · Leave a Comment 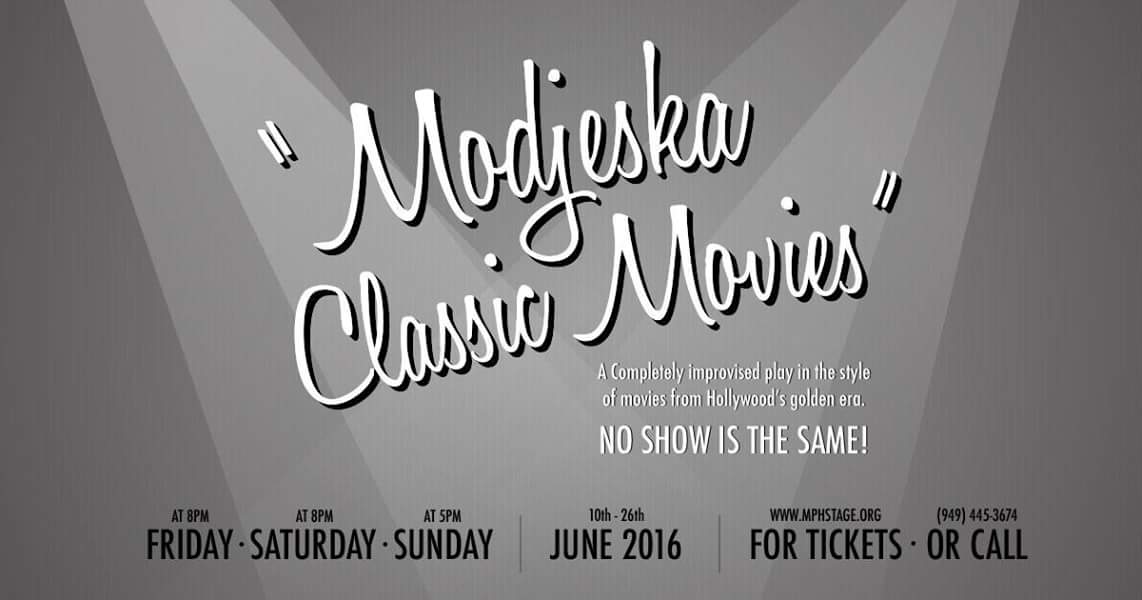 Imagine rummaging through the vaults of a long forgotten mid-century Hollywood studio to find a box full of never before seen movies from the 1940s and 50s. Well, that’s just what Modjeska Playhouse did… Sort of… Not really.

Based solely on suggestions from the audience, MPH’s Modjeska Improv Ensemble will create these feature length movies right before your eyes. Come see this hilarious “movie” that will only be performed once before it’s gone. Since no movie will ever be the same, come again and again!