Posted by Modjeska Playhouse on Monday, February 24, 2014 · Leave a Comment 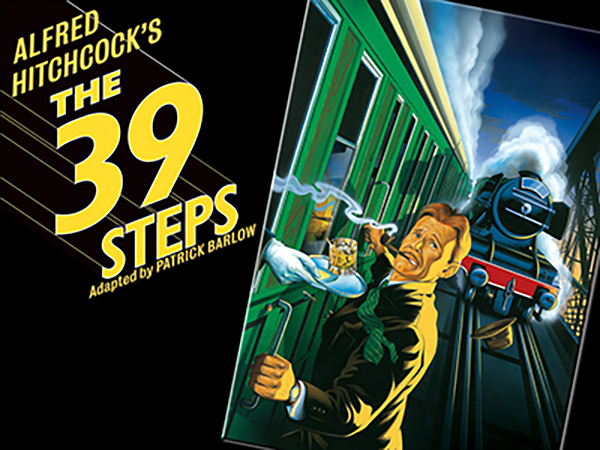 Modjeska Playhouse is pleased to announce that The 39 Steps will be the inaugural show in our new, permanent location in Lake Forest.

The 39 Steps, adapted by Patrick Barlow (based on an original concept by Nobby Dimon and Simon Corble), is a comedic spoof of the classic 1935 Alfred Hitchcock film, with only four incredibly talented actors portraying more than 150 characters, sometimes changing roles in the blink of an eye. The brilliantly madcap story follows our dashing hero Richard Hannay as he races to solve the mystery of The 39 Steps, all the while trying to clear his name. The show’s uproarious fast-paced 100 minutes promises to leave you gasping for breath… in a good way! It’s fun for everyone from 9 to 99.

The play is directed by Joseph Alanes* with a cast that includes Christopher Sullivan* as Richard Hannay, Hailey Tweter as Annabella Schmidt/Margaret/Pamela, Matt Dallal as Clown 1 and Sean Burgos as Clown 2.

The 39 Steps opens on Friday, April 3, at 8 p.m. (with a Preview Night Thursday, April 2). The play runs Thursdays thru Saturdays at 8 p.m. and Sundays at 5 p.m. from April 2 thru closing night, Saturday, April 26. Tickets will go on sale online soon.